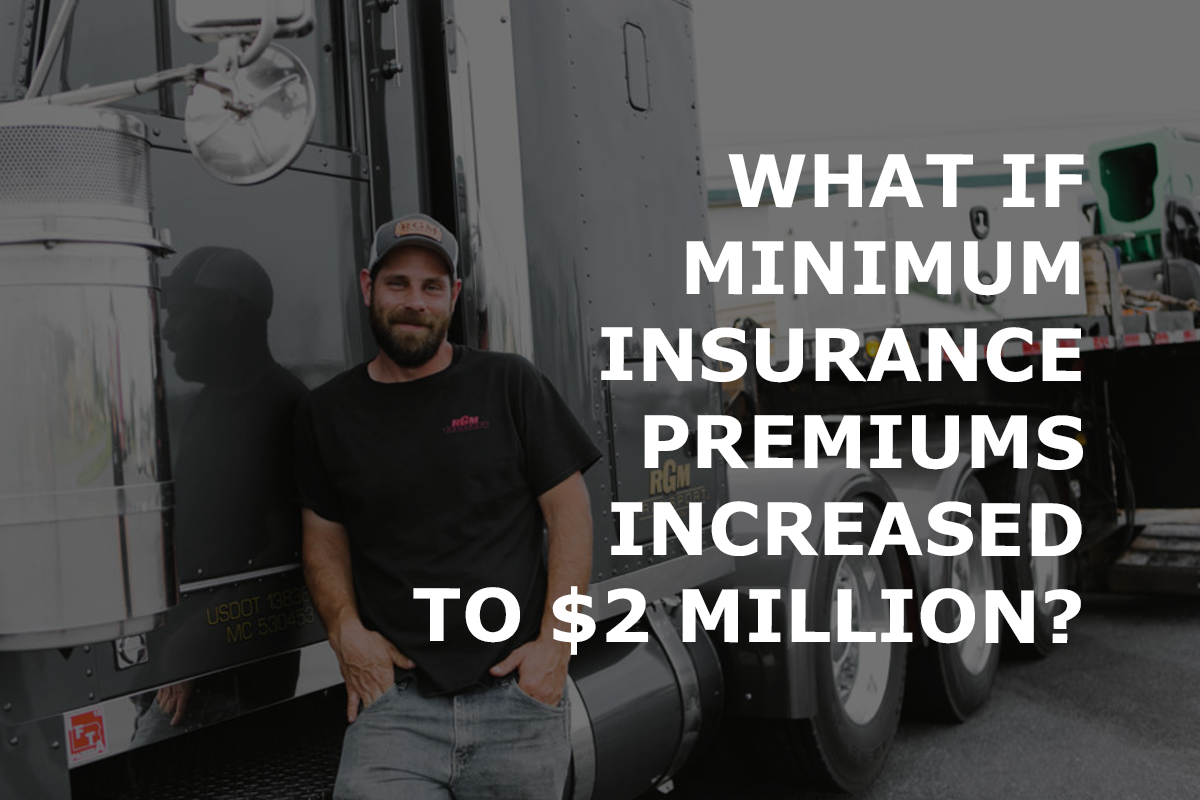 With more severe trucking accidents increasing in the last decade, the cost is passed on to trucking companies by increased insurance premiums.

Federal law currently requires trucking companies to cover drivers for a minimum of $750,000 per accident. Additionally, most shipper contracts require at least $1 million of coverage. However, there is a push to increase this based on inflation.

In 2020, lawmakers pushed to raise minimum truck liability insurance which advanced a rider further than ever in over 40 years.

An amendment to the U.S. House’s Invest in America highway bill–now the Moving Forward Act sitting in the Senate since 2021–would increase the liability insurance minimum requirements for carriers from $750,000 to $2 million.

The amendment would require the insurance minimum to be adjusted every 5 years for inflation, something that Rep. Jesus Garcia (D-Illinois) pushed previously when he co-sponsored legislation that would have increased minimum liability limits to nearly $5 million.

Below is an example of what the limited liability insurance premium minimum would be if it matched inflation over the decades:

Similar riders could be attached to later iterations of a highway funding bill.

However, the FMCSA has pushed back on wanting this to happen as they have received a lack of data from insurers that is keeping government regulators from figuring out how much current levels should be raised because many lawsuits stemming from serious accidents are settled out of court.

Who would be hurt by increasing truck insurance rates?

In the last decade, the average cost of truck insurance premiums rose 42%, and is expected to increase further.

The bill in the 2021 Senate represents a $1.25 million increase in coverage that many owner-operators and smaller fleets would not be able to afford, and would eventually drive them out of business.

In a 2013 report on carrier liability responsibility, the FMCSA claimed that doubling the level of liability does not imply doubling the dollar value of the risk since it “depends upon how frequently the higher cost events occur, relative to the frequency of the lower value.”

According to FreightWaves, “while larger fleets will likely have self-insurance retention, where they can afford to pay anywhere from $1 million to $5 million and higher on their own before their insurance policy kicks in, smaller fleets typically can afford only “first-dollar” liability, where coverage starts from the first dollar of the cost of an accident.”

So, what would fleets expect to see if insurance premiums increased?

Would this increase in trucking premiums help with nuclear verdicts payouts?

The main factors driving for an increase in trucking insurance are attorney fees and nuclear jury awards. One analysis found that the median verdicts have gone from $23 million to $44 million over the last year and a half.

Increasing the minimum liability limits to $2 million is not going to address the higher insurance costs associated with nuclear verdicts.

More recently, fleets suggest that only 2-5% of all claims exceed the current $750,000 minimum. This means that 95% of fleets will help pay for these nuclear risks even if they never see claims over $750,000.

A coalition composed of truckers, farmers, and manufacturers recently sent a letter to the Senate Committee warning of the economic impact that would come because of an increase in insurance rates.

Get a Quote for trucking insurance coverage

Reach out to CNS Insurance for help figuring out what coverage you need. If you have any questions or concerns, please call us at 800.724.5523 or email info@cnsinsures.com.

We recommend you start a custom quote online or call us directly to speak with a licensed trucking insurance professional.

Before we can get you an estimate, we are going to need some information.

Fill out a complete quote or quick quote to get started.

When Is The Right Time To Switch Commercial Trucking Insurance?

Get the CNS Insurance monthly newsletter with articles covering all you need to know about the trucking industry and reducing insurance premiums.

Do you need trucking insurance or want to save money? Fill out the quick quote in just a few minutes and our Commercial Truck Insurance Specialists will get back with you in 24 -48 hours.
GET YOUR QUICK QUOTE